Traditional string band music from around the world on banjo, fiddle and guitar. 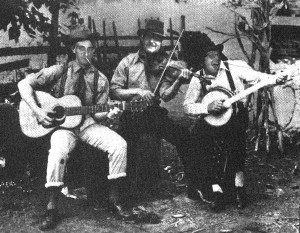 Maybe an Imaginary String Band could never have existed, but we like to imagine they did.  They play songs about apples and macroeconomics; their tunes have words and their words don’t have tunes.  They play folk music from all around the world through the classic string band combination of banjo, fiddle and guitar.

Ed Hicks and the Nightcaps

They are able to perform through a PA or as fully acoustic and mobile they are the perfect band for swing dances, functions or wedding receptions/parties. 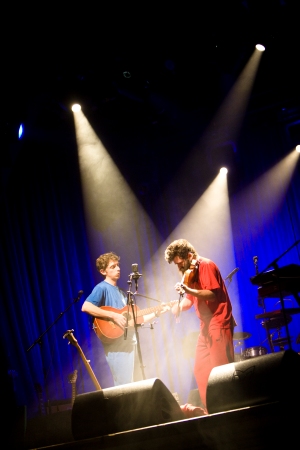 Aaron Jonah Lewis is a young fiddle player with credentials hard to beat.  He has won awards at the US’s most prestigious bluegrass festivals including first prize at the Galax Old Fiddlers Convention.His hauntingly powerful command of the fiddle takes you on a journey to his Virginia roots and the music that moved and continues to move generations.

Aaron and Ed have toured the UK and Ireland in February 2011 and November and December 2011. 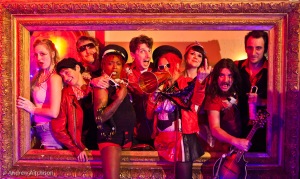 Cut A Shine is a London based troupe of traditional musicians, dynamic dancers and crazy callers determined to spread the word that the Hoe Down is a’happening. From Hoxton to Humberside, from Amnesty to Bestival, Cut A Shine are putting ceilidh dance back on the map – whether at sell out dances across London or the top summer festivals. This “Anarchic Hillbilly Barn Dancing Squad” host a rip-roaring, thigh-slapping, pavement-stomping, exhilarating, heart thumping, blood pumping barn dance show. Whilst the banjo and the fiddle set the tone, the callers instruct any audience through do-si-do’s and strip the willows, until all are involved! 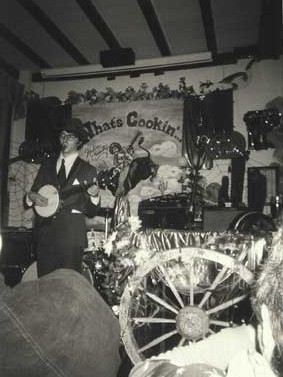 Surreal and subversive Sleepy Ed Hicks is an itinerant banjo player for the 21st century.

Drawing deeply from his knowledge of songs and tradition he lovingly subverts the traditional into the modern age or strips a contemporary pop song back to imagined roots.

During a Sleepy Ed Hicks set the audience is taken on a Banjo World Tour proving that “the banjo is the most versatile instrument in existence”. Learn how Brian Wilson delivered the lost verses to the Beach Boys Californian Girls to Ed in a dream, hear a history of economics and Cider drinking in “The History of Crabappitalism”, visit the Far-East the near East and the East-End and find out about the perils of drinking way too much coffee and some strange uses for Sainsbury’s Economy Margarine then wind it all up with some hard and fast appalachian dance music.

Matt’s Palace is an acoustic chamber ensemble of instruments from diverse historic and geographic regions mashing found music from consumer culture (ring-tones, theme tunes, ads etc) with forms, styles and practices from jazz and popular music. We call this style ‘Bop Art’ and have developed it over years of playing clubs, parties, the street and a series of cult East London jazz jams. It works as a main (concert performance) or a side dish adding a sense of novelty, inspiration and variety to your weddings, garden parties, street parties, restaurants, galleries, shops, churches etc, etc.

To book any of these bands please contact ed.